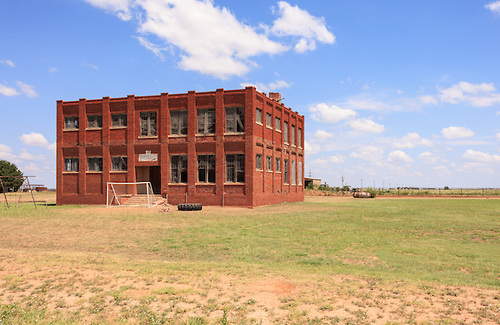 Close City, on Ranch Road 399 two miles north of U.S. Highway 380 and eleven miles west of Post in western Garza County, was on a site within the area purchased in 1906 by Charles William Post for his projected settlement.  So many of the first inhabitants used tents for homes that the village was called Ragtown, but it was later renamed Close City after Post’s son-in-law, E. B. Close (Edward Bennett Close), who married his daughter Marjorie Merriweather Post in 1905.  For a while Post encouraged construction there, until surveyors discovered that the site was eleven miles from the geographical center of the county and thus could not serve as the location of the county seat. Post ordered work to stop in Close City and he shifted resources to a site located nearer the center of the county - the present site of Post.  Close City consequently developed slowly.  By 1920 it had a store, a school, two churches, and a population of fifty.

In 1909, Close City students attended classes in a one-room wooden schoolhouse built as a commissary school.  A common school district was established in 1916.  In 1919, George Samson and Jimmie Napier built a new, one-story brick schoolhouse.  Two years later, a second story was added.  This building served the community well until 1965, when Close City School was consolidated with the Post Independent School District.

The town site was chosen as the original location of Post City, a model community and grand social experiment conceived by C. W. Post, an American breakfast cereal and foods manufacturer.  In the early 1890s, Post developed a popular caffeine-free coffee substitute called Postum and later made a fortune on breakfast cereals such as Grape Nuts and Post Toasties.  As Post’s wealth grew, his interests began to expand into other areas. One project that had always intrigued him was the creation of a planned community of model homes and industry.   His success in the prepared foods industry provided the financial resources to make this dream a reality.

Today, Close City is primarily a farming community and is surrounded by numerous sections of plowed land.  The primary crop is cotton but lesser amounts of grain sorghum and winter wheat are also grown in the area. Crops are grown on a mixture of irrigated and dryland farms.  Water for irrigation is pumped from the underlying Ogallala Aquifer and is applied using center pivot irrigation systems. The Ogallala Aquifer is quickly becoming depleted and, sometime in the future, all farms may have to revert to dryland agriculture. 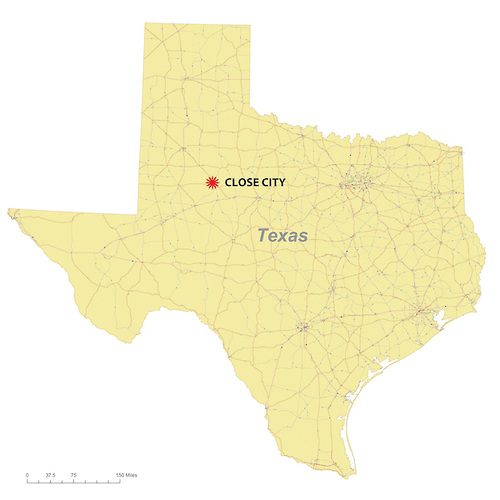