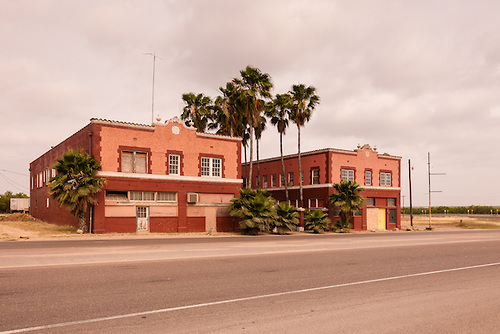 The name Catarina has been associated with the area since at least 1778; legend holds that it is the name of a Mexican woman killed by Indians on or near the site.  Today, tractor-trailers hauling oilfield equipment and pickups carrying workers barely slow down as they pass through what was once the town of Catarina.  The Catarina Hotel sits forlornly on a sweeping curve of U.S. Highway 83 as it enters the town.

The town was established after Asher Richardson, a rancher, decided to build a railway link from Artesia Wells to his planned town of Asherton. In return for an easement through the nearby Taft-Catarina Ranch, Richardson agreed to allow the ranch to establish a railroad depot, with cattle-shipping pens, on his railroad. By 1910, when the Asherton and Gulf Railway began operations, these cattle pens had become the nucleus of a small community built by Joseph F. Green, the manager of the ranch. Green moved the ranch headquarters to the depot and added a bunkhouse, a commissary, a hotel, a post office, and a small schoolhouse. By 1915 the little town had twenty-five residents and had become famous in the area for the Taft House, an expensive mansion that Charles Taft, the owner of the ranch, supposedly built with oversized bathtubs to accommodate his brother, President William Howard Taft.

Catarina Farms, a development project, built roads, sidewalks, and a waterworks and an impressive new hotel and installed electric power and a telephone exchange. Agent Charles Ladd imported entire orchards of fruit-laden citrus trees to impress prospective investors with the area’s agricultural possibilities. By 1929 Catarina had between 1,000 and 2,500 residents, a bank, at least two groceries, a lumber company, and a bakery. Short supplies of water, marketing problems, and the Great Depression hurt the town. By 1931 the population had dropped to 592, and many of its businesses had been forced to close. In 1943 Catarina had 403 residents and seven businesses; in 1956 it had 380 residents and three businesses. By 1969 some of the town’s most picturesque old buildings had been abandoned, and the population was 160. Catarina is on U.S. Highway 83 ten miles southeast of Asherton in southern Dimmit County. 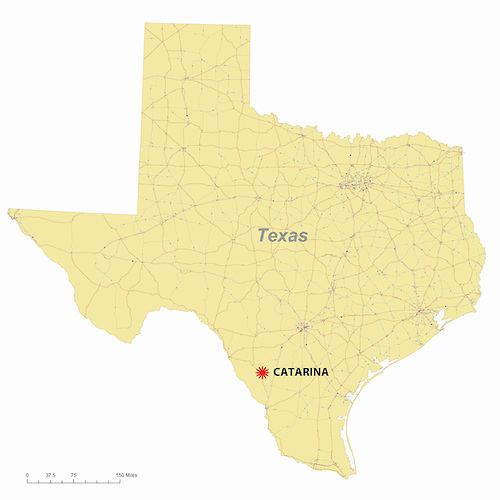