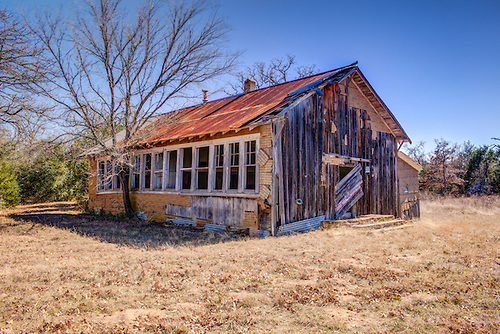 Salem must have been a popular name in the late 1800s, as there are seventeen of them listed in the Handbook of Texas.  This Salem was a farming community in southern Bastrop County south of Rosanky and two miles from Jeddo.  Originally known as St. Philips Colony, Salem was populated by blacks freed during Reconstruction.  Since it was paired with the white community of Jeddo, it’s uncertain how many people lived in Salem.  St. Philip’s Church (denomination unknown) and a number of houses existed when the school was built.

The Salem School was two-room schoolhouse and had one teacher for the twenty-nine black students when it opened in the early 1880s.  In 1907, the Salem School, with over fifty students was merged with the Jeddo school district and later with the Smithville ISD.  All that remains today are the ruins of the school and the old cemetery. 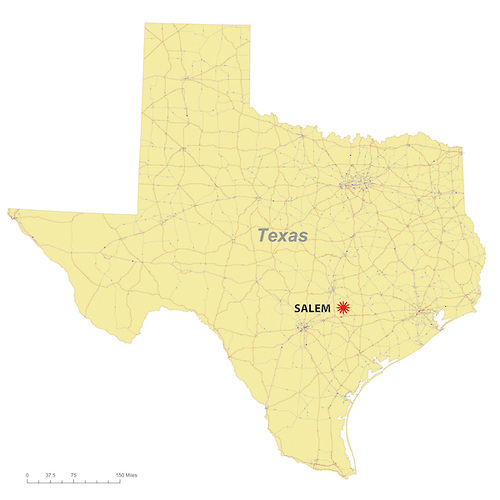 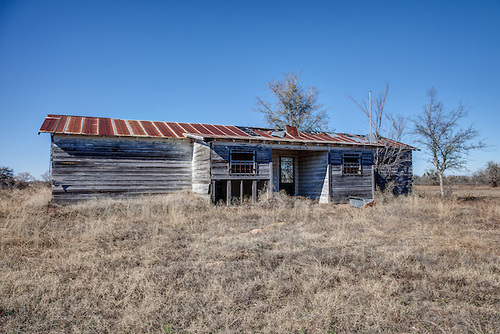 I really like this little two-room school house.  The front facade is very different than the typical rural schoolhouse.  It looks to me that the person that built it had a good sense of design and proportion.  There are even nice wood details around the windows.  The building sits forlornly in a fallow field about one hundred yards off Highway 304 about 5 miles south of Bastrop.  I’ve visited with the archivist at the Bastrop County Historical Society Museum about Clearview.   She was able to tell me that she has a copy of a Teacher’s Daily Register dated 1952 and undated documents referencing Mable Echols as teacher and B. O. Washington as assistant. 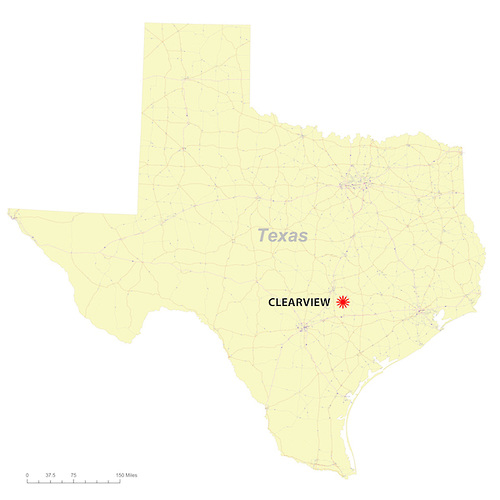