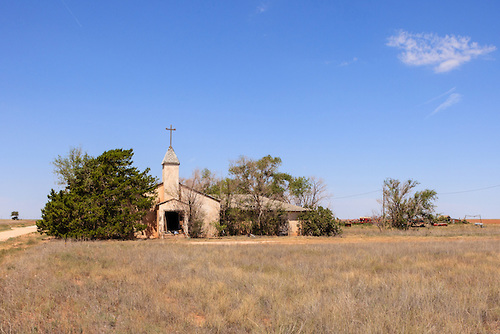 There’s not much left to see in Enochs, TX these days except the remains of a post office, store, cotton gins, and this pretty little church.  Buildings abandoned in the Texas Panhandle either get ravaged by storms or just quietly fall apart and Enochs has some of both.  I was particularly attracted to the church by its simple lines, unadorned facade, and pueblo-styled steeple.  Its setting in the middle of a field, a half-mile off the highway only accentuated its forlorn condition.  Enochs developed as a trading center for the surrounding farms and ranches beginning in the 1920s and reached a peak reported population of 250 in 1940, when it had five stores.  In the 1980 and 1990 censuses its population was estimated at 164, and the town had several businesses and a post office.  Enochs can be found at the junction of State Highway 214 and Farm Road 54, three miles from the Cochran County line in southern Bailey County. 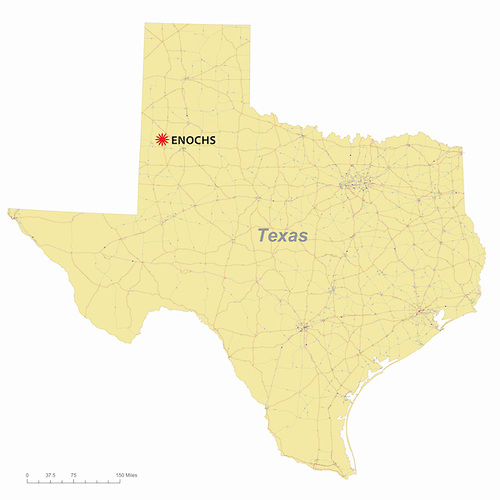