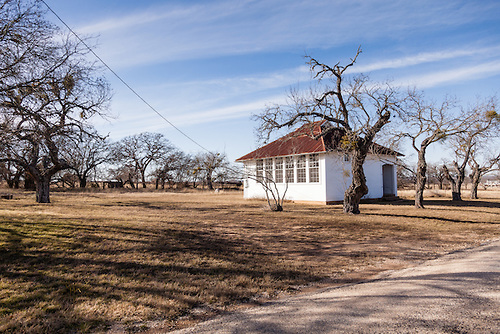 The Meusebach School is one of several old school buildings that have been preserved in Gillespie County Texas.  The Friends of Gillespie County Schools, have taken on the responsibility of preserving and ensuring that these former schools will be the future parks for the residents of the county.

The first building for the Meusebach Creek School #11 was located near Meusebach Creek on the Fritz Lochte property.  The stream supposedly received its name when John O. Meusebach got tangled in the undergrowth and fell backward into the water.  It was a square cabin with only 96 square feet of space.  The walls consisted of logs filled with mortar and the roof was constructed of shingles.  The bare interior contained only a stove, long benches, and the teacher’s desk and chair.  Due to the growth of the western part of the district, a new school was built on the Fritz Lochte property in the 1880’s.  The stone structure was more spacious and had four windows and a door.

O.W. Striegler continued his career as teacher in the new school.  He introduced school closings and “Prüfungen”, or examinations, which consisted of afternoon programs in which the students answered questions and demonstrated progress in writing.  At the end of examinations, games were played.

The curriculum included arithmetic, reading, in both German and English, writing, spelling, and geography.  Later, a new state law required all subjects, except foreign language, to be taught in English.  The school also began receiving state support, which added a “free” two months to the year, meaning that tuition was not paid for these months.  Some children could only afford to attend for these months.  Students bought their textbooks.  Teachers’ salaries at that time averaged $20 per month.

In 1897, trustees decided to erect a new, third structure.  Louis Bonn donated one acre for the frame building and this was the first land owned by the school.  The building was one and one-half stories high, with the half story being used as an attic for storage.

The Social and Improvement Club was organized in 1917, and is the predecessor of today’s Community Club.  It provided new desks, a cistern, a telephone, and many other improvements.  In the 1930’s, the district was finally in a financial position to build a modern school.  This was the fourth and last building.  The new frame building had nine windows and two entrances.  It had a large classroom, a library, and a cloakroom.

The Meusebach Creek School was consolidated with the Fredericksburg school district in 1954, after providing education to the community’s children for ninety years.  It is worthy to note that Henry, Laura, Minnie, Ovie, and George Washington, whose parents were freed slaves, attended school with the other children at Meusebach in 1869.  This was certainly one of the first integrated schools in the South. 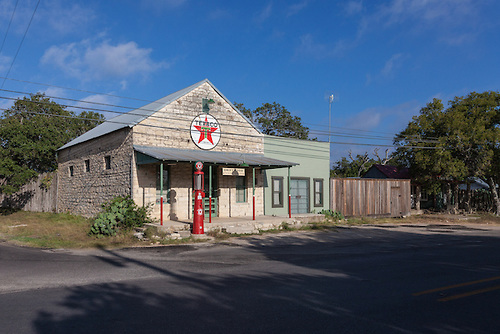 Driftwood, seventeen miles northwest of San Marcos in central Hays County, grew up in the 1880s as a supply center for neighboring ranches and farms.  Pioneers settled in the area, then known as Liberty Hill, as early as 1850, but most settlers arrived in the early 1880s.   The community grew rapidly in that decade, perhaps as a result of its access to the new rail terminals at Kyle and Buda.   By 1890 Driftwood had a post office, a school, churches, a cotton gin, and a general store.   From a low of ten in 1925, the population grew to nearly 100 during the middle years of the twentieth century, then dwindled to fewer than twenty-five by the 1970s.   In 1945 Driftwood became part of the Buda school district.  A century after its founding, the community remained a quiet Hill Country crossroads served by a general store and post office. In 1990 the population was twenty-one. 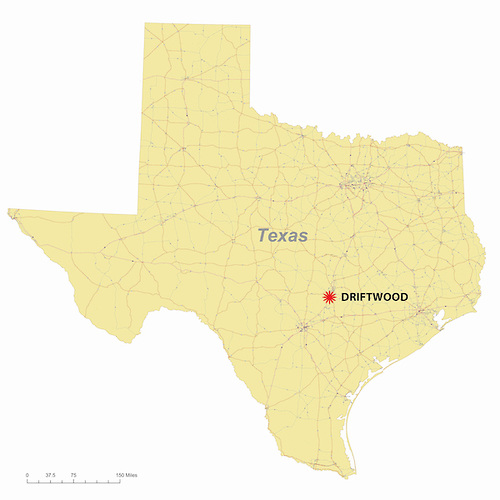 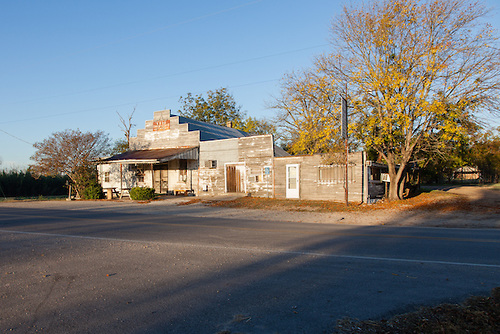 Cele was established in the 1890s and was supposedly named for Lucille Custer, daughter of a local store owner.  A post office opened there in 1896 with John Pitts Johns as postmaster. When the office was discontinued briefly in 1899, the community’s mail was sent to nearby New Sweden.  The Cele post office reopened that same year but was again discontinued in 1902, when mail was routed through Manor.

The Cele Store was first established as the Richland Saloon in 1891.  Although there was never much of an actual tow, the building was a combination general store, feed store, saloon and restaurant for the Czech settlers of the Central Texas area.

Marilyn Weiss and the late Marvin Weiss purchased the store in 1951 and ran it continuously for 56 years.  In December of 2007, the store closed briefly but was reopened on September 6th 2008 by Brandon Fuchs, grandson of Marilyn and Marvin Weiss.  The building has appeared in the several movies – A Perfect World (1999), Secondhand Lions (2003) and the 2003 remake of The Texas Chainsaw Massacre. 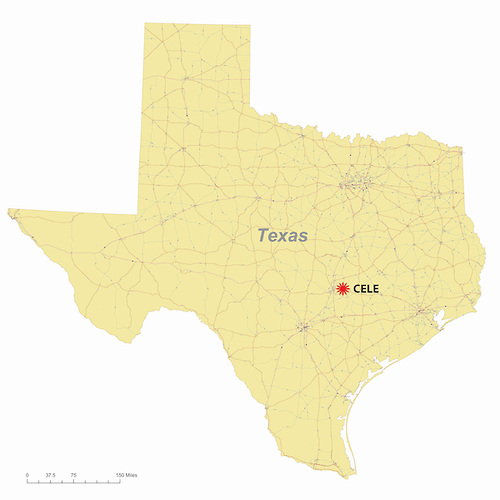