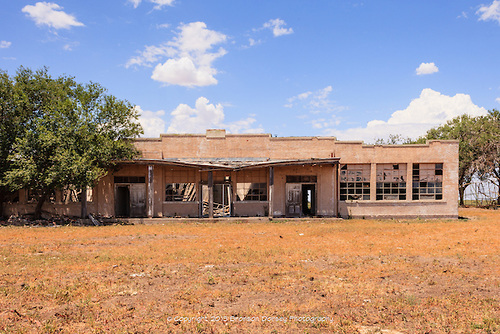 The Yellow House Ranch, covering 312,175 acres in Lamb, Hockley, Bailey, and Cochran counties, was established in July 1901, when George Washington Littlefield purchased the southern, or Yellow Houses, division of the XIT Ranch for two dollars an acre.  In earlier times the Spanish called a nearby yellowish limestone bluff pitted with caves Las Casas Amarillas, the Yellow Houses.   From a distance, and especially when there was a mirage, the bluff appeared to be a city.   Though little oil was found beneath the ranch itself, one of the first wells in this oil region was drilled in 1912 at South Camp, about six miles northwest of Levelland.   In June 1912 Littlefield contracted with the Santa Fe Railroad to build a segment of its main line from Lubbock to Texico, New Mexico, across his land.   In August he organized the Littlefield Lands Company to sell the northeastern corner of 79,040 acres for farms and to establish the town of Littlefield in Lamb County.  By 1920 only 47,601 acres had been sold.  In April 1923, after Littlefield’s death, the remainder of the ranch was sold by White and the Littlefield estate to the Yellow House Land Company and was subdivided for sale as farms.

Built on land that was once part of the Yellow House Ranch, Pettit was named for John Pettit, who established a ranch in the area in 1922.  The community developed as other families settled in the vicinity. Joe Bryant started the town’s first store in 1926, and Jim Mason built a gin in 1929.  A Pettit post office was established in 1935 with Truett Mauldin as postmaster.  Pettit had an independent school district from 1928 to 1964, when it was consolidated with that of Levelland.  In 1946 the town’s population was about eighty to ninety, and it had three businesses and twenty homes.  The Pentecostal Church of God bought some school buildings in 1958 and established the Great Plains Boys Ranch.  In 1976 there was still a gin and a post office at Pettit. In 1980 and 1990 the town reported a population of twenty-six and a post office.

In addition to Pettit, the towns of Pep and Whitharral in Hockley County were established by the company on this acreage.  At that time the LFD brand was dropped, but later some 23,000 acres surrounding the old ranch headquarters was returned to cattle grazing.  Tragically, Littlefield’s old ranch house was lost in a fire on September 9, 1930.  After J. P. White’s death in 1934 his son, George Littlefield White, owned and operated the Yellow House and built a modern brick home at the headquarters near the site of the Yellow Lakes.  Here he bred high-grade Herefords and fed out several hundred sheep annually.  Pettit is on Farm Road 303 twelve miles north of Levelland in northwestern Hockley County. 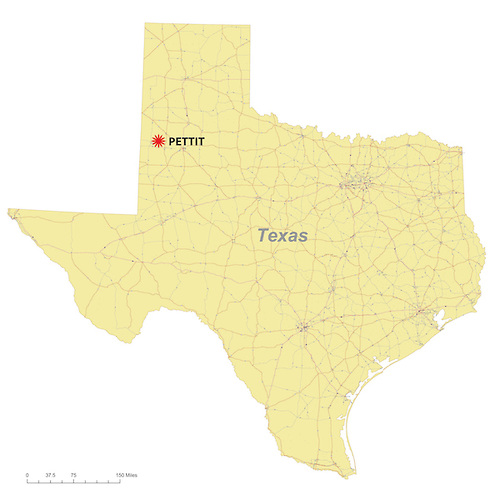