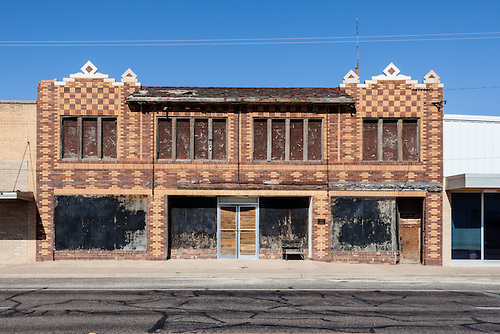 Named for Col. C. M. Winkler, famed Texas Confederate soldier, Winkler County was originally settled by Comanche Indians who ruled the area until 1874.  Cattle ranching was the economic driver of the county until 1926, when oil was discovered by Roy Westbrook on the Hendrick Ranch.  The Hendrick Oilfield transformed Winkler County almost overnight.

By mid-1927 the Wink Townsite Company was selling lots in Horse Wells pasture of the T. G. Hendrick Ranch.  The oil boom brought new people to Wink, causing a shortage of housing.  Newcomers set up tents and built makeshift houses.  Wink was originally named Winkler for the county.  When a post office was requested, postal authorities notified the applicant that there was already a Winkler, Texas, post office already in operation.  The citizens shortened the name to Wink and received a post office in 1927.

That year the first public school was organized, and a temporary building was constructed.  A Sunday school was started by November 1927, and the population of the town was reported at 3,500.  By 1929 that number climbed to 6,000.  The boom brought lawlessness-bootlegging, prostitution, gambling-to Wink.  Even the city government, which was organized on June 4, 1928, came under the control of a well-organized underworld.  On October 16, 1928, District Judge Charles Klapproth declared the incorporation election void, and the city government was reorganized.  In December of that year the first municipal building was constructed; it was a jail.  In 1929 the Texas-New Mexico Railway built its tracks from Wink Junction to Wink, connecting the town to Monahans and to New Mexico and providing a much-needed transportation outlet for the crude being pumped.  In the 1930s the boom declined; the population hovered around 4,000, and the number of businesses fluctuated between fifty and 180.  It was during this time in the late-20s to early-30s that the Rig Theater (photo above) was built.  The building’s façade features highly detailed brickwork in a variety of patterns.  Stone parapets with diamond-shaped finials cap the brick walls.  A small version of a drilling rig topped the canopy over the building’s entrance.  An early manager of the Rig Theater was Joe A. “Pop” DeIorio.

By 1933 the town was legally incorporated.  Five hospitals and fifteen doctors served injured oilfield workers, expectant mothers, and epidemic victims.  Law and order became the rule.  Throughout the 1940s the population continued to decline from 1,945 to 1,521, and the number of businesses decreased from 130 to forty.  In December 1947 Winkler County State Bank opened in Wink.  Wink entered the 1950s a stable community with a population of just over 1,500.  The number of businesses varied in the decade from twenty-five to fifty.  In 1958 the railroad from Wink Junction to Wink was abandoned.  During the early 1960s the population rose to over 1,800 but dipped to under 1,200 by 1968.  The number of businesses jumped between fifty-five and twenty.  In July 1960 the federal government approved an application by Wink for more than a million dollars in urban renewal funds to upgrade and rehabilitate 221 acres within the city limits.  National attention focused on the small oil town, which used the money for paving and curb and gutter work.  The population continued to decline to under 1,200 in the 1970s and 1980s.  In the late 1970s the oil economy improved, but the number of businesses slipped to a low of five by the late 1980s.  Wink is on Monument Draw, State Highway 115, and Farm Road 1232, seven miles southwest of Kermit in southwestern Winkler County. 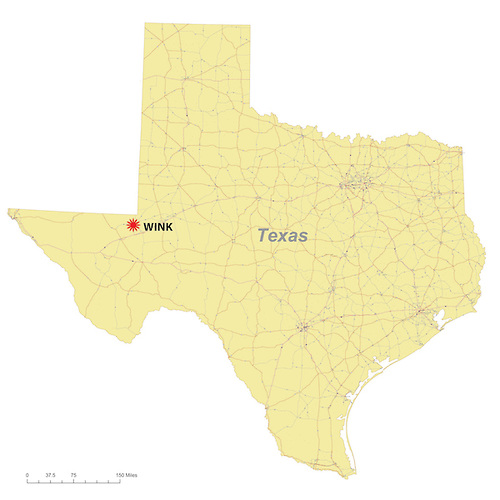 This entry was posted on August 26, 2022 by bronsond. It was filed under West Texas and was tagged with abandoned, architecture, building, Commercial, deterioration, history, Texas, Theater, Urbex, Wink.