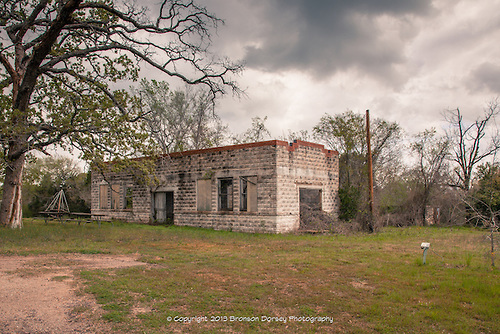 Tennessee Colony was founded in 1838 by settlers who came from the Old South by wagons, seeking fertile, watered farm lands.  Early families included the Sheltons, Avants, Hanks, and Seaglers.  The moist climate and fertile soil was suitable for growing cotton, and a number of cotton plantations prospered.  Their cotton was shipped from Magnolia Ferry on the Trinity and created great wealth.  Early businesses were a general store, blacksmith shop, cabinet shop (which made furniture still found in area).  The town was a trade center for places as far away as Dallas.   The plantation era reached a climax in grandeur on the properties of F. S. Jackson, a settler from Virginia.  Circuit riders held religious services in homes until a log cabin church could be built, probably in late 1838; a second log church succeeded this one.  Masons attended Magnolia Lodge No. 113 near the Trinity River for years, but in 1857 obtained charter for Tyre Lodge No. 198, A.F. & A.M., in Tennessee Colony.  They then worked to build a 2-story church-school-lodge hall, which was finished in 1860 (and was to be used until 1948).

In 1851 a log school opened, and Grant Kersky was the teacher.  The schools were outstanding, especially those taught by a Mr. Hooker and by Professor Sidney Newsome.  They drew patronage from Palestine and other area towns.  Remembered students included Addison and Randolph Clark, later to become founders of a college that would be forerunner of Texas Christian University.  Descendants of original colonists still live here.

A post office opened in 1852.  The community experienced racial tensions in the years before and after the Civil War. In 1860, for example, two white men from Mississippi, named Cable and Wyrick, were accused of plotting a slave uprising.  They were suspected of encouraging slaves to poison the town’s water supply and kill most of the white citizens.  Cable and Wyrick were quickly tried and hanged. In 1869 a man named Seymour arrived in town to open a black school, but settlers objected to this and forced him to leave. 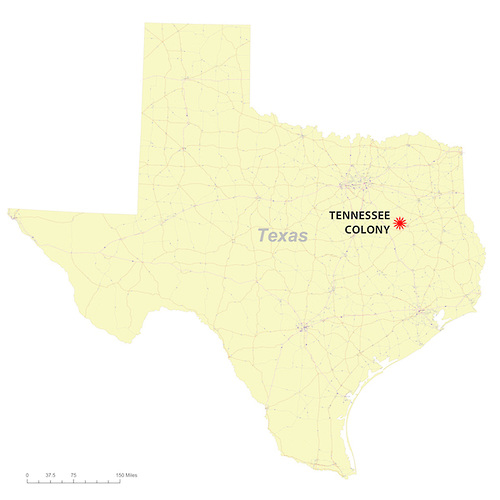 This entry was posted on August 16, 2022 by bronsond. It was filed under East Texas and was tagged with abandoned, architecture, building, deterioration, ghost town, history, ruins, school, Tennessee Colony, Texas, Urbex.