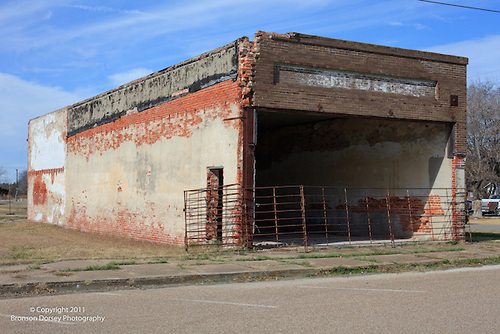 Kosse is located southwestern Limestone County on State Highway 7 approximately eighteen miles east of Marlin.  Settlers made homes by nearby Duck Creek in the mid-1840s and ran a stage stop for the Franklin-Springfield and Waco-Marlin stage routes.  In 1869 Kosse became the end of the Houston and Texas Central Railway and was named for Theodore Kosse, a chief engineer for the railroad and the man who surveyed the road for the town.  Businesses moved to Kosse from Eutaw, two miles west, and the Eutaw post office was moved to Kosse in 1870.  Development of a town government began in 1871 and within ten years had reached a population of 500.  Union, Methodist, Baptist, and Presbyterian churches were organized.  The New Era, the first newspaper, was published before 1880.  The Cyclone was begun in 1885 by James O. Jones.  That year the town had several cotton gins, two sawmills, and three gristmills.  John Dimelow, an Englishman, opened a ceramics lab in 1870.  Kosse also had the first brickyard in the county.

Limestone County historically supported numerous pottery producing kilns.  This industry succeeded near area outcroppings of kaolin, or potter’s clay, within the Wilcox geologic formation.  Alberry Johnson began the first county pottery in 1859 near Dooley Creek.  Like most other regional potteries, Johnson’s kiln was of the groundhog variety, a subterranean design with a doorway leading to a long underground passage lined with brick or rock.  At the end of the corridor, a chimney rose out of the ground, drawing heat from a firebox outside the door which baked pottery within the passageway.  William Curtis Knox later moved Johnson’s operation and established the town of Pottersville (later Oletha).  The pottery was one of the largest in Texas, remaining active until 1912; today, Pottershop Cemetery marks the site.  Several other kilns in the area provided work and income to supplement residents’ farming efforts. Near this site, German immigrant Lee Kimik built a kiln active in the 1870s and 1880s. Records indicated that the business remained in fulltime operation eight months of the year. The kiln, similar to other groundhog examples, had longer and deeper sidewalls, possibly indicating European design influences. Unlike other area potters who marketed their work collectively, Kimik sold his wares directly to the community of Headsville. He also marked his pottery, a rare feature among his Texas peers. In 1984, archeologists documented the Kimik Kiln site reviving the story of Lee Kimik through archival research and archeological investigation. The historic site has made significant contributions to understanding the industry and artistry of 19th-century Texas.

On October 1, 1884, an acre of land was granted for a public school.  Kosse’s school became an independent school district with J. Thomas Hall as superintendent around 1892–93.  In 1893 one school in Kosse had 225 students and six teachers, and another school had eighty black students.  In 1914 Kosse had three businesses, two banks, and a population of 700.  In 1921 the chamber of commerce was organized.  By 1931 Kosse the population was over 1,500 and the town had fifty-eight businesses. After that the population and number of businesses slowly began to decline. 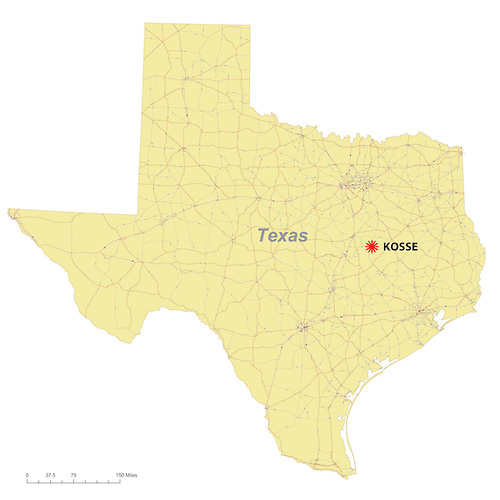 This entry was posted on December 12, 2021 by bronsond. It was filed under Central Texas and was tagged with abandoned, architecture, building, Commercial, deterioration, history, Kosse, ruins, Store, Texas, Urbex.