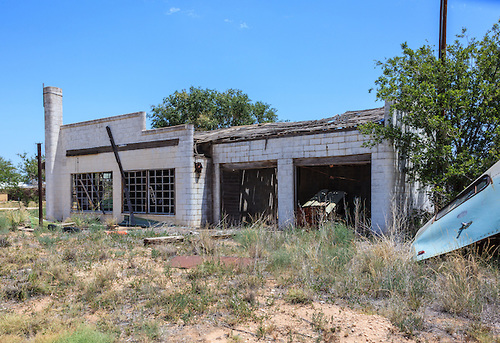 Much of the Texas Panhandle was once part of the vast XIT Ranch - created by the Texas Legislature in 1879 to finance construction of a new state capitol building.  And like similar small towns in that part of the state, Pep was created after the XIT was subdivided and sold to investors.  I think that this building is a service station, but it could have been a small car dealership.  Design of the building - using Art Deco motifs - would more likely have been used for a car dealership, but I’m not sure that a small town like Pep could have supported one.

Pep is on Farm Road 303 near the Lamb county boundary in northwestern Hockley County.  The site was part of the Yellow House Ranch of the XIT Ranch.  It passed to the Littlefield estate and was then sold by the Yellow House Land Company in 1924.  Much of this farmland was sold to Germans interested in establishing a Catholic colony, which they originally named Ledwig for Rev. Francis Ledwig, their pastor. Settlers at the community included John Andrews, John Stengel, and Pete Herring. J. G. Gerik opened a store there in 1925.  The first Catholic church in the county was built at the community in 1930.  A post office was established in 1936 with M. A. Burt as postmaster.  Reportedly the name Ledwig did not suit the post office department, and Pep was chosen as the town’s new name, to reflect an admired characteristic of its residents.  Since 1945 an annual community Thanksgiving dinner, including a savory Czech sausage, has drawn crowds of visitors to the small community.  Its population was sixty in 1950 and by 1980 had declined to fifty, where it was still reported in 1990. By 2000 the population had dropped to thirty-five. 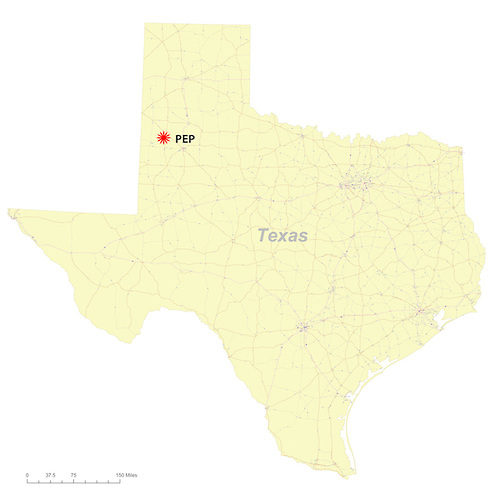 This entry was posted on December 3, 2021 by bronsond. It was filed under Panhandle and was tagged with abandoned, building, Commercial, deterioration, exurb, ghost town, history, Pep, ruins, Store, Texas.