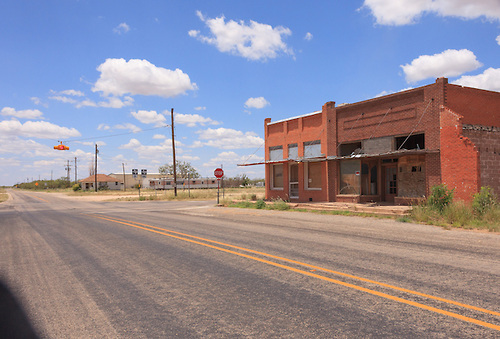 Fluvanna is at the junction of Farm roads 612, 1267, and 2350, sixty-six miles southeast of Lubbock in northwestern Scurry County.  Named for a surveyor’s home county in Virginia, Fluvanna was established by realty promoters who knew that the Roscoe, Snyder and Pacific Railway would terminate at its site.  By the time the railroad arrived in 1908, the townsite had already been staked off and lots put on sale.  It boomed briefly and by 1911 had two real estate offices, a thirty-room hotel, a lumberyard, a cotton gin, and other businesses.  Fluvanna was also home to the Fluvanna Mercantile Company.  This store joins the ranks of a handful of other famous Texas general merchandise stores around the state which are a type of functioning museum.  Started in 1915, by two partners named Stavely and Jones, the store operated for profit, but also with a strong sense of community.  It bartered its goods for eggs and cream during the depression and continued operations even after the railroad pulled out.  The community’s population in 1915 was estimated at 500, and in 1920 and 1940, at 375.  Fluvanna’s importance lessened when major highways bypassed the area, and when the Roscoe, Snyder and Pacific closed the Fluvanna station in 1941, the town’s days as a shipping center were over. In 1980 Fluvanna had a post office, an estimated population of 180, and at least four businesses. 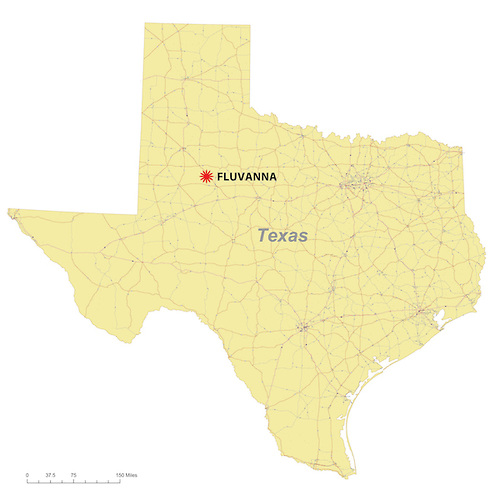 This entry was posted on July 7, 2022 by bronsond. It was filed under West Texas and was tagged with abandoned, architecture, building, deterioration, Fluvanna, ghost town, history, ruins, Store.