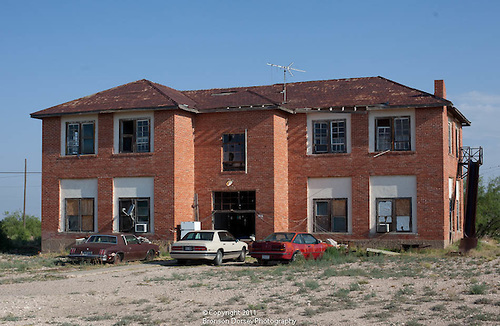 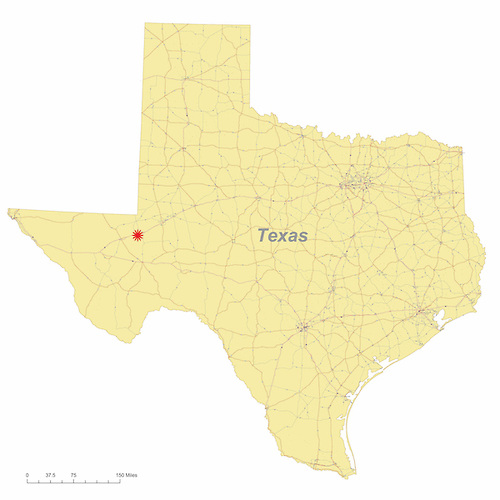 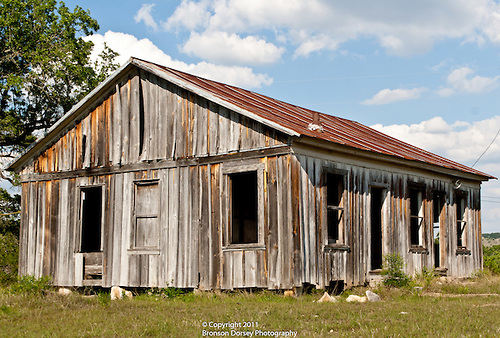 Peyton Colony was established as a “freedman’s community” in the mid-1860s by Peyton Roberts an ex-slave.  Freed slaves came from throughout the South to form a unique community in Central Texas.   In the early-1870s, the first church was built there as well as a log cabin school.  The old schoolhouse (right) - building date unknown - was the first black school in Blanco County.  The community of Peyton Colony no longer exists, but the Mt. Horab Baptist Church stands a few hundred feet from the old schoolhouse and appears to be active.

The weathered wood siding, rusting metal roof, missing windows, and sagging floor are sad reminders that this building’s better days are behind it.  Inside are a few remnants of hand-built desks, and a scattering of more modern furnishings.  For more images of  the Peyton Colony School click here.

Peyton Colony, now Peyton, is located east of Blanco, Texas west of the junction of Ranch Road 165 and County Road 409.  More information may be found at the Handbook of Texas Online and Texas Escapes. 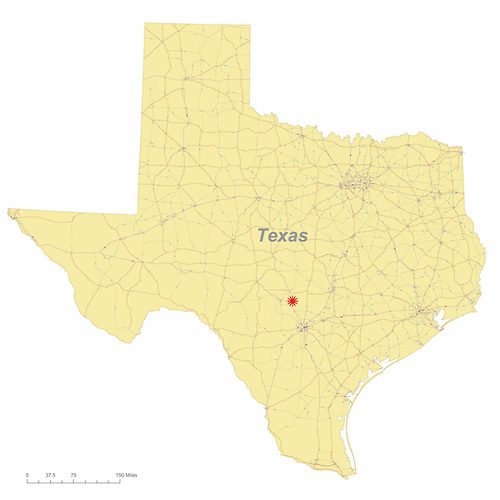 A Mystery Near Langtry 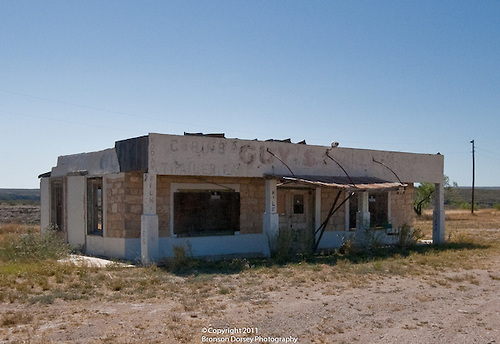 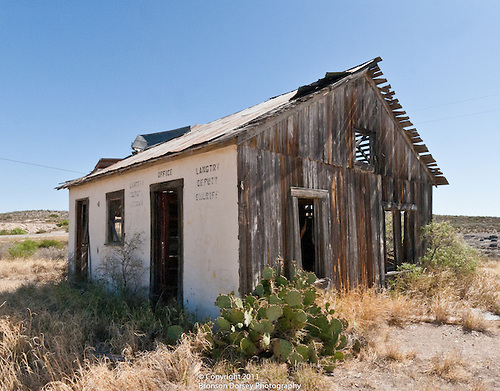 This is the building that started my quest to find Lost, Texas.  I was returning to Austin from  a photo shoot in Big Bend State Park on US Hwy. 90 when I passed the turn-off to Langtry.  There was a lag of about three seconds before my brain recognized the cool buildings and compelled me to slow down and turn around.  What I found was a group of three buildings in various states of disrepair.  All were were wood-framed, faced with either wood siding or stucco.  The roofing had, for the most part, disappeared leaving rafters and lathing, which created wonderful patterns of light on the interiors.  And each of the buildings had faded signs on them that hinted at their former lives.  Given their proximity to the tourist attraction of Langtry, I wondered if they had supported the tourist trade earlier in their lives.  The signs on the building certainly suggest so.

See more photos from Langtry here.  The buildings are located at the intersection of US Hwy. 90 and SI 25 about one-half mile west of the Pecos River bridge. 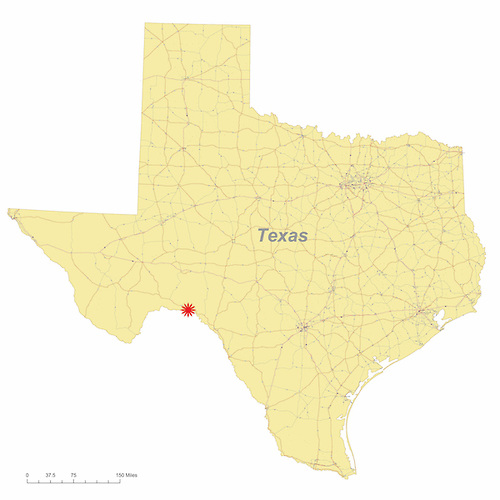